The Benefits of Learning and Playing Chess

We have all heard that playing and learning chess is extremely beneficial. There is a lot of empirical and anecdotal evidence for beliefs such as „Chess is a game for the smart people“, „Chess increases IQ“ or „Chess teaches us patience and discipline“.
Are these beliefs based on well-substantiated evidence? Has the science officially proven these claims? Or has the love for the ancient game led the players to overemphasize its benefits?

In this article, we will explore the answers to these and similar questions and try to determine, as objectively as possible, whether learning and playing chess brings real benefits for the general population.

During the last couple of decades, scientists have investigated the effects of chess playing and learning on the brain. Numerous studies have been conducted and the results have demonstrated that the common knowledge is indeed true - that chess IS beneficial for the development of mental capabilities. We will look now over the most important studies and their findings. 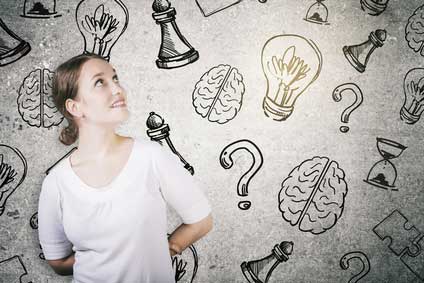 The benefits of learning and playing chess are:

The old „Chess make us smart“ adage was arguably tested most thoroughly. For instance, in a study conducted by M. Frydman and R Lynn, thirty-three young Belgian chess players aged 8 to 13 were tested according to the WISC scale (Wechsler Intelligence Scale For Children). The average value of the tested was 121, way above the typical value of 100. [1]

In another study conducted by a number of authors, the conclusion stated that:
„Based on the available evidence, we demonstrated that chess players tend to perform better than non-chess players on measures of cognitive ability.“ [2]

Another large study of over 4000 Venezuelan second-grade students found a significant increase in most student's IQ scores after only 4.5 months of systematic chess study.

Thus a number of studies indicated there is, indeed, a high correlation between playing and learning chess and increase in cognitive ability.

Everyone who has ever analyzed a Mikhail Tal game knows to appreciate creativity in chess. But is the over-the-board creativity transferable to other areas of life?
Robert Ferguson, probably the most famous and productive chess scientist, examined this question in a four-year study conducted in the Bradford Area School District in the United States. Gifted students in grades 7 through 9 had to choose among a variety of extracurricular activities, such as chess playing, "Dungeons and Dragons", creative writing, and others. Each group met once per week for 32 weeks.
The participants were tested with Torrance test of creative thinking both at the beginning and the end of the period. Results showed that the chess group significantly outperformed all other, non-chess groups. [3]

Another study conducted by Robert Ferguson examined the effects of the chess on memorizing capabilities. Fourteen 6th graders received chess lessons two or three times per week and played chess daily for a year. Using the „memory“ subtest from the California Achievement Test battery, it was determined that the chess group improved the capability to memorize things more than the general population. [4]

Considering that chess players often sit at the board and calculate things for many hours, it is logical to expect that chess improves the ability to concentrate. A study conducted on students with the ADHD increased their capability to listen and concentrate after receiving chess training twice per week. [6]

One of the main arguments behind the „Chess in school“ movement is the effect chess study has on overall academic performance.
And indeed, it would seem these arguments are not unjustified. According to one study titled Chess And Standard Test Scores, kids that attended chess lessons in elementary school did better in school tests than the kids who didn't attend chess lessons. [7]

Louise Gaudreau divided 437 fifth graders into three groups. The control group (Group A) received the traditional math course throughout the study. Group B received a traditional math curriculum in first grade and thereafter an enriched program with chess and problem-solving instruction. The third group (Group C) received the chess enriched math curriculum beginning in the first grade.
When solving a standardized math test, Group C obliterated the other two groups in the problem-solving portion and in the comprehension section. Also, group C's scores increased from an average 62% to 81.2%.

Another study titled „A Study Of Problem-Solving Skills in Students with Average and Above Average Intelligence“ demonstrated that problem-solving skills are transferable – students who learned and played chess regularly also did better in the poetry analysis task. [9]

Conclusion: Chess is Food for the Brain

Studying and playing chess surely build brain muscles. Thinking of better strategies than your opponents for several hours and making sure that everything is logically and tactically valid is what makes chess "a game for smart people".

by Vjekoslav Nemec and ICS admin on January 6, 2019